In case you are following me on Instagram (which I highly recommend you to do of course – @twomimimom), you saw that we are moving houses. 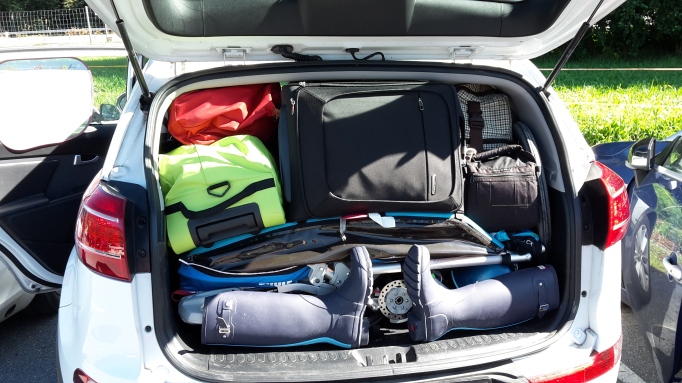 No, that was just a very bad joke, we actually went on holiday to one of my two favourite places on earth so far (and the place where I got married to a man who, unbelievably enough, still puts up with me after two kids!!!!). The other one being Hawaii you will realise that with two small children and a not unlimited budget, the Engadin is by far the more accessible option.

Plus, I  have to admit this here now, I’m not one of the cool long-haul Mums which I deeply admire by the way!!! I admire how cool they are with the fact that they will eventually be locked in to a little tin box with their offspring and 200-300 other people who will witness their parenting prowess. Or lack thereof. And I truly believe that things will turn out well if you’re convinced you can do it, at least in the parenting world when the kids are still small. So i.e. if parents are cool with a long-haul flight, the children will be. If not— then that would be me. The amount of suffering this would mean so far for me just does not weigh up with how much I want to go there. So, for us, we will stay in nearer Europe for the next 2-3 years and- gasp- I do not find this a terrible prospect. I used to long for the stay abroad, but somehow the urge to get away as far as possible, when I am on Holiday, has worn off. Temporarily, I believe. I blame the hormones btw.

Anyway, so we are staying in Pontresina (my favourite spot in the Engadin) for 10 blissful days. We have an absolutely stunningly beautiful flat which I chose for practical as well as aesthetical reasons. Just because I have kids doesn’t mean I have not right to beautiful interior, right? And also, we got a good offer since they’re building next to our flat. This is totally fine by me since Mimi #1 considers 7.00 a lie-in. So we’re up when the builders start anyway. And that even gives me a better feeling about having to get up so early in my Holidays as I don’t feel like I’m the only one with an early start.

And, second reason we’re in this spot is that I’m a huge fan of the Hotel Saratz next door, but since I wanted some two rooms and a lounging area while the kids are still both having naps, it was just not affordable. But we will return there eventually, since it is one of the places which makes me feel happy every time. And I am already looking forward to holidays which involve less cooking and cleaning than they do now. I know it is a self-chosen cooking & cleaning issue, since we’re not going to a child-friendly hotel but are renting an apartment. However, after our first and certainly last stay in a child friendly hotel, I will gladly cook for the next few holidays, really. It still gives me the shivers thinking about it and I would like to refer to my point made earlier on this blog about not loving children in a general sort of way. And I would also like to point out that bouncy castles and ball pits might make children happy for a little while, but not necessarily Moms. BUT- happy Mums make for happier kids. So here’s food for negotiation and compromises which must happen in all families. (And no, I don’t always win – I will save the planned unicorn post which illustrates this topic for later)

Plus I have so far not found an visually pleasing (and I know this definition is entirely subjective so I will not try to argue this point!) child-friendly hotel for children under 4. And for those who know me well, they know I am not willing to sacrifice nap-time for as long as we can still enjoy it (hallelujah for reading newspapers or gossip magazines with a coffee). I also do not want to stay put in a hotelroom where the only seating option is my bed, as that just makes me depressed.

Hence the choice of more up-market holiday appartements over hotel rooms (as even the so-called familyrooms have you tiptoeing around in the evenings and reading under your bedsheets like a ten-year-old). As mentioned before, bed-time is an 7.30 – 8.00 p.m. for my kids and after that I like to enjoy my 1-2 hours of grown-up time. And I firmly believe that this is what keeps me sane. Sometimes gives me 1-2 hours to catch up with my work e-mails. And enables me to write this blog btw. And -most importantly- drink my wine in peace.

I now deviated quite far from what I initially wanted to tell, which is, what we’ve done so far here in the mountains. So I will save this for the next time and give you the picture below as a little teaser. I mean, can you imagine a better panorama to eat your snack???

I am actually quite curious to know how your Holidays have changed from since before you had kids… and what sacrifices you are willing to make to get the maximum out of your “free” time (sorry, had to put the quotation mark there, since free has a whole new dimension nowadays, I mean, let’s be honest here, right?).

P.S: In case you’re wondering right now who I am advertising for: it’s nobody, not even the Pontresina board of tourism. I’m still too new in this game and too inexperienced to actually get paid for any of the mentions, so rest assured it is all just my honest and humble opinion.

One thought on “Near-shoring or Engadin my Love”

Welcome to the blog of a human, mother, worker, wife and friend who refuses trying to have it all (and never stops marvelling at all the great things that happen on the way there). If you'd like to start from the beginning, click the blog tab at the top of this page.

The small Mimi today at lunch: Mamaa, you know, in the book, there are the babies coming out of the belly of the Mama, but, you know, when there weren't any Mommies, when there weren't any people, where did the first babies come from? 🤯 I covered evolution and also biblical theories. What we know and what we don't. The big wonderful mystery that is life. This earth. They will take no bullshit. I love these moments. The rest of the day was hard. But this (plus the sunshine morningrun) are for sure the things today which I'm grateful for. #mindblown #kidsareawesome #theydecidedagainstcreationism #griifesee #twomimimom
One more deep breath and then: MONDAY😱😱😱. Welcome to crazy town where the wheels never stop and the small Mimi uses up one million trillion words per day 🤯. I would argue that she would out-talk the worlds best slam poets in her current form 😂. Which, no matter how stressful, makes work a place where I can finish at least some of my thoughts vs. none at home. Many things do get easier when your kids grow older but some don't 🤷. #lifewithkids #momlife #parentinglife #sundayevening #twomimimom
Slowest and also worst run in a long time. But look how beautiful! I could have beaten myself up about how I couldn't go through with my initial plan, but this time this did not happen. I just enjoyed my time outdoors in the sunshine and the woods and the icy grass crunching under my feet. There was beauty, there was the joy of being alive and able to move and there was gratitude for just being here. I still don't know why today it just wasn't possible to move as fast. Maybe it was that yesterday, in all the things going on and a long car drive I forgot to drink enough water. Maybe yesterday was just too long and I hadn't eaten enough. Maybe yesterdays Yoga practice cost me more than I'd thought (also, holy cow, am I sore from that🤪, nothing gives me overall soreness the way Yoga basics do 🤷). But that practice was such a joy in itself and gave me the revelation that I have never been stronger than now. And that I therefore am able to handle all the daily and weekly crazyness of this rushhour-life. So, yeah, I'm good and sunshine is the best. #thereisalwaystomorrow #pfannenstiel #womenwhorun #näbelmeer #thankyoulife #onward #twomimimom
You alone get to decide what's possible in your life. Go out there and grow. Swipe left to be inspired by an apple tree 🍎. #cityapples #londonstroll #treesareawesome #howdiditdothat? #humbled #twomimimom
The one thing I love most about "empty" holiday days: #1 breakfast at around 9.30 in our PJs. We have moved back to the holiday schedule we used to have when it was still just the two of us. At least when it comes to the eating bit (though they mostly let us sleep until 8, hallelujah!) And I'm so glad for that! No more breakfast at 7.30, no more lunch cooking followed by snacks at 4 and dinner. Just breakfast, then something random in between (today it happened to be Wurst und Brot at the ice rink) and then dinner. (Which the Mimis didn't really eat because they just had Wurst und Brot, but we're past caring about that 😂 #pickyourbattles). It feels like reclaiming another bit of life and we're so happy about that. I'm loving the growing up of the Mimis, how it seems to become more of "us" and less of just the Mimis. Though tbh our flat is an absolute state by now, the small Mimi is testing our limits at bed time and the big Mimi has some teenage-esque silent mutiny symptoms, just to keep it real 😉. #morningsinpjs #sisterlove #familylife #whatdayisitagain #twomimimom
Small but mighty.🕷️🕸️ Wants to become a policeofficer who "catches thieves" when she's grown up 👮‍♀️🚓. You have been warned, criminals of this world! #thankyoulife #lindenhof #saturdaymorningsinthecity #twomimimom